How many lessons will I need?

After the initial assessment and movement lesson, together we will determine a frequency that is dependant on immediate changes experienced and desired goals. I’ve worked with clients who do better with an intensive blocks of lessons (6-10 over 3 to 5 days once a month) often best for learning and recovery of function, and others who are continuously improving with weekly lessons, to reduce pain or recovery from injury. Still others come in for a monthly or quarterly tune up to refine their movements and maintain a level of comfort in their activities. Ideally, I prefer my clients become better learners, knowing and sensing what is working best for them and becoming aware of any regression to former movement patterns that create discomfort, to better inform timeframes suitable for follow ups. I am happy to provide frequency guidelines and devise a lesson plan where I’ve seen real successful outcomes, for example, with concussion recovery or sensory integration dysfunction. I have had great success with school aged children doing a series of lessons over a weekend and am happy to work exclusively with children 2 -3 weekends a month.

Do you have Covid-19 measures in place?

Yes. Presently clients are required to wear a mask to their appointment. I ask that you show up no earlier than 10 minutes prior to your appointment to decrease capacity in the waiting room to allow for physical distancing from other clients. I also ask that parents bring their own toys to children’s lessons to minimize the risk of infection. All contact surfaces are disinfected between clients as are the common areas in the waiting room, including chairs and door handles.

Is this covered by health insurance?

NeuroMovement® is not tax exempt so 15% Harmonized Sales Tax is collected. Pricing shown in the scheduling process includes the HST. A sales receipt will be issued with payment breaking down the service amount and applicable taxes.

What if I need to cancel or reschedule?

I am often able to fill appointments from the wait list, so it’s no trouble to reschedule a lesson. I cannot guarantee a lesson will be available in the same week as often I am booking a number of weeks ahead, but I will do my best to get follow up scheduled within a reasonable amount of time. When booking your appointment, please ensure you use a proper email address as self serve rescheduling can be done directly from the confirmation emails if there is a scheduling conflict. I ask that you please cancel or reschedule at least 24 hours before your appointment to help others on the wait list who can fill the appointment, and keep wait times low for everyone.

There’s no available appointments for a month or so what can I do?

If you are having trouble getting an appointment in a timely manner, I suggest booking the first available appointment and in the appointment notes add that you would like to be added to the cancellation list, and some details about your condition. Due to the the number of people presently on the cancellation list, and the small number of cancellations I get I can not guarantee you will get in a timely manner, but I do my best to prioritize openings. I have a number of new clients that progress quickly and graduate to either online classes, or a lower frequency of in person lessons. As a parent with a child with special needs we can discuss a frequency of lessons that is workable and book out lessons for the quarter to ensure your child has priority in the schedule. I also suggest reading the book “Kid’s Beyond Limits” by Anat Baniel to begin to learn about the Nine Essentials and start creating the conditions for learning at home prior to scheduled lessons. 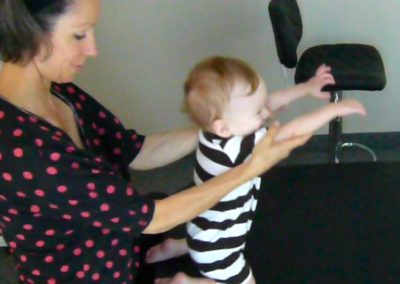 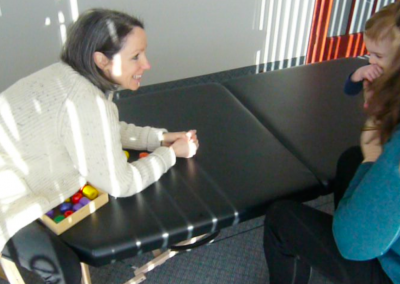 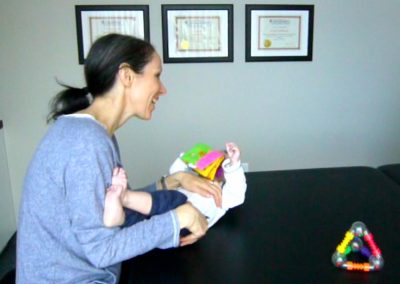 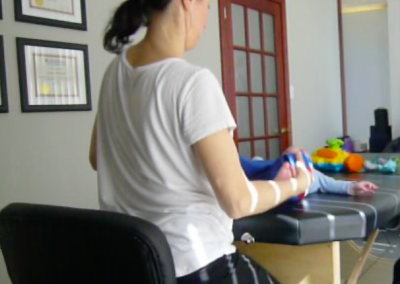 What do I bring?

Please bring comfortable clothing that’s non restrictive that you can move easily in, such as loose fitting pants. Please do not wear skirts to lessons as we will often be moving legs and skirts are restrictive for full range of motion. I suggest you bring layers so that you can adjust if too hot or too cold.

Can I do other modalities while I do NeuroMovement?

Some modalities are very complimentary such as sound therapy, bioflex laser treatments, osteopathy, massage therapy and acupuncture. I usually suggest that if clients are doing an intensive physiotherapy or occupational therapy regime that they suspend that for a few weeks to better perceive the differences and the outcomes between the two modalities. I have found that some clients are doing too much and have no idea what is actually working for them. By taking a break from one or the other it allows for better distinctions of outcomes.

I have children in my practice who are doing occupational and physiotherapy once or twice a month along with NeuroMovement and it doesn’t interfere with their learning. Parents have noted physiotherapists can often reach goals easier when doing both, so I don’t discourage anyone from doing physio while getting NeuroMovement lessons. In some rare cases when the client has spasticity, such as Cerebral Palsy diagnosis or post stroke, I suggest stopping all modalities that requires using force and effort – further increasing their limitations, until they can begin to restore function, balance and stability before returning to a more demanding therapy such as physiotherapy.

What should I do after my lesson?

I often tell my clients to give themselves the rest of the day after a lesson to avoid strenuous activities. The longer our brain has to perceive the changes after a lesson the better for integration. Often we can return to old patterns of movement when using force or going fast, so rest and good sleep and nutrition aid learning. I also ask them to refine their awareness of sensing what feels different, what actions seemed easier and so on, as they go about their day, noting any changes in comfort levels or ease. Sometimes children will spontaneously integrate new skills after a lesson and begin to do something they haven’t done by themselves before, such as coming up to sitting, rolling or crawling. As parents, your silent enthusiasm when these new skills evolve is important to not take away from their learning by distracting them or asking them to repeat the new skill. Learning is accelerated when we allow for their own learning process to evolve and refine the skill at their own pace.

Research supporting Feldenkrais Method and some amazing outcomes I’ve had with clients over the past year of practice.

Lorrie became certified as an Anat Baniel Method Practitioner by studying at the ABM Center in San Rafael, California. This rigorous training program attracts aspiring practitioners from around the world.

There are some oversights when it comes to traditional rehabilitation therapies when compared to advances in neuroscience research.

Did you know that NeuroMovement has had amazing outcomes for those who’ve suffered a concussion?...